There may not always be a clear divide; things aren’t always black or white, but there are many types of rooms, some literal, some metaphorical, and we all know someone who bursts into these rooms like Kramer from Seinfeld, without any thought for what they are bursting into, or how it may affect other people. They are driven by their need for attention; they enjoy making a big entrance. Meet the Narcissist. They will holler, with words, actions or demeanour: Here I am!

In contrast, some people walk into the room and begin searching for ‘the other’. The thought, idea, feeling, vibe that is different to their own, that could, perhaps, enhance the outcome. Their desired result is not based on ego. They are self-aware without being self-absorbed. They convey, with humility, the message: There you are. And with this, they leave a positive impact on the room, and on themselves.

These two types of people also exist in the workplace. You can recognise a good leader because they champion others. They don’t need to be centre of attention. They are keen to find out what other people bring to the table, not to constantly highlight their own offering. And most importantly, they are willing to learn.

There are many papers on why leaders should speak last in meetings. Simon Sinek, leadership expert says, “It gives everybody else the feeling that they have been heard.” (There you are) “..and you get the benefit of hearing what everybody else has to think before you render your opinion.” (eventually, here’s where I am.)

Here’s a real example: I had the pleasure of listening to the very successful former Facebook CEO for Australia & New Zealand, Stephen Scheeler, speak at the 2018 TEDx event in Sydney. He described his experience of being one of the oldest hires at Facebook in 2013 – he was 47. Rather than burst into the room and declare his expertise, Scheeler adapted his leadership approach and embarked on what he later called his ‘Ignorance Tour.’ He sent meeting invites to his colleagues (average age=25) asking, ‘Can you help me learn?’ There you are.

This theory can also be applied to friendships. Dale Carnegie, author of best-selling self-help book How To Win Friends and Influence People says, “You can make more friends in two months by being interested in other people..” (There you are) “..than in two years of trying to get people interested in you.” (Here I am.)

The next time you walk into a room, which type of person will you be?

Flashback to 2011. Conversations with my daughter, then 3 years old.

“What would you like to be when you grow up?”
“A vet,” she says. “Or maybe a teacher.”
And then she looks at me earnestly and asks:

“What about you, Mummy? What do you want to be when you grow up?”

My first thought is this: How adorable.

My second thought is this: Wait, does she think I’m still a child?? Am I failing at this parenting business?

A new decade is upon us, full of opportunities and possibilities. Along with striving to reach goals and creating a future self to be proud of, here are two present-moment ideas I want to practise in 2020: 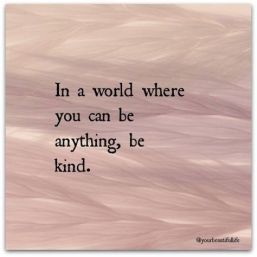 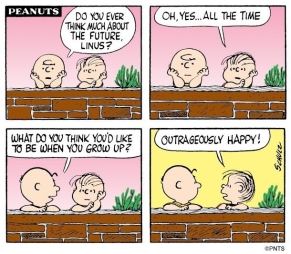