Furious Fiction is a monthly short story competition run by the Australian Writers’ Centre, with different story prompts each month. 55 hours, 500 words. This month’s challenge was launched on May the Fourth, and therefore had this criteria:
• The story had to begin with the words “A long time ago”
• The story had to include the words “star”, “war” and “force” (or a plural).
• The story had to feature something that flies.

I am delighted that my story was shortlisted and published on the AWC website!!! 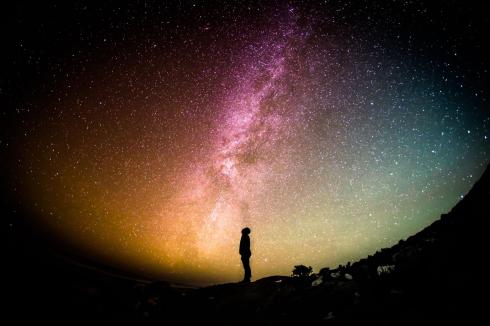 A long time ago her life had not been controlled by beeps. There were languid hours dedicated to doing absolutely nothing. There were long walks on beaches with powder-white sand and no time limit. There was the delight of getting lost in a book with no interruptions. There were nights of staring up at a sky so crowded with stars that it seemed as though a few might have to fall down to earth to make room for the brightest ones. Life was about enjoying the pauses between the moments.

Then slowly, without warning, something changed.

Her life became punctuated by noises that signified the ceasing of fun by an external force. The pauses were no longer an invitation to breathe, but an opportunity to maximise productivity.

Beep. The alarm clock set for 6am kept its promise and ruined her slumber party of one.

Beep…Beep. The phone called out to be scanned for notifications, messages and other people’s highlight reels, all of which cut into her own dressing room preparation.

She stirred her steaming coffee and inhaled its heady aroma.

Beep. The clothes in the washing machine cried out for attention or they would punish her with creases that would need to be ironed out.

Beep. Now the doorbell. She put down her coffee and signed for a parcel she couldn’t remember ordering.

Beep…Beep. Her laptop was running out of power after her late-night session browsing for paperbacks that she wanted to read but would never get around to reading. Better plug in the charger.

On her way to work, she waited for the Green Man at the traffic crossing whose sole purpose was to give permission for people to cross the road: Beep. She was envious of him for finding his calling.

She thought about how it seemed she was not enjoying her life but merely enduring it.

Then suddenly, without warning, something changed.

A doctor’s appointment that produced a new way of living. Her life became only about the beeps.

She stared out of the window. She felt like a bird that was always too afraid to soar above the clouds and now had its wings clipped.

Beep…beep…beep…she looked over at the contraption that was keeping her body functioning, with its flashing lights and synthetic noises.

The nurse strode purposefully into the room. “Are you alright, love? It’s time for your walk. We’ll bring the machine with us.”

The war would continue. She closed her eyes and decided that finally, it was time to unplug.

The judges said….
What we liked:
A new twist on the benefits of unplugging, this story opens with a long paragraph – itself representing the freedom of being uninterrupted – before the short sharp paragraphs kick in. We loved the purposeful repetition as the story took its first, and then second turn – all tied together by the same element. A (beep)ing good story. Perhaps having no title is also significant…

Colonel Mustard. In the Conservatory. With a candlestick.

Cluedo, the Classic Detective Game, provided my sisters and I with hours of fun in the days of old-fashioned, unplugged entertainment.

We must have played this game hundreds of times. I loved the thrill of solving the mystery. Who, where & what. It reminded me of all those legal battles Jimmy Smits, Jill Eikenberry and Harry Hamlin so cleverly fought in L.A. Law. It made me want to become a criminal lawyer. It made me want to stand up in a courtroom, slam my fist on the table and shout “OBJECTION!! Badgering the witness!”

In all those years of murder, suspicion and accusations around a 20”x20” board, I never once questioned why the male characters were professionals whereas only one of the three female characters had a job, and she was a housekeeper. Nothing wrong with being a housekeeper, of course, but a little bit of research revealed that Mrs White was originally supposed to be Nurse White. This was altered before the game was produced. Hmm…

Are you familiar with the Cluedo crew?

I suppose one could argue that the titles – Professor, Colonel, Reverend – are non – gender specific, and then the joke’s on you for your politically incorrect assumptions, except that there are actual illustrations of these three professionals and they are most certainly male:

Obviously I am not the first person to realise this. Much has been written about Cluedo and feminism, especially in 2016 when Hasbro released a revised edition of the game in which they decided Mrs White was no longer required at the Mansion. She was replaced with Dr Orchid: a female, Asian biologist with a PhD in plant toxicology.

A victory for feminism? Not in the 21st century.

Girls (and boys!) all over the world will see that women have cool jobs too. I’m all for that. More girls interested in Science, brilliant. But poor Mrs White. After years of service as a housekeeper and fellow suspect, she is kicked out by a good-looking, young scientist.

Not everyone is happy about this ‘modernisation’. Most of the concerns seem to fall into 3 categories:
1. Why young?
Why didn’t they just turn Mrs White into a scientist? Is a 50 year old female scientist such an improbability that they had to make her young?
2. Why hot?
Are we all so superficial that we need a new character to be attractive before we can like and accept her?
3. Why Mrs White?
Why was it Mrs White that had to be replaced? She was the only female character bringing home the bacon (and cooking it). Why couldn’t they have eliminated the femme fatale or the socialite?

Oh, Mrs White. You’ve been replaced by a younger model. But you’re not the only one. Look at what they did to the rest of them: 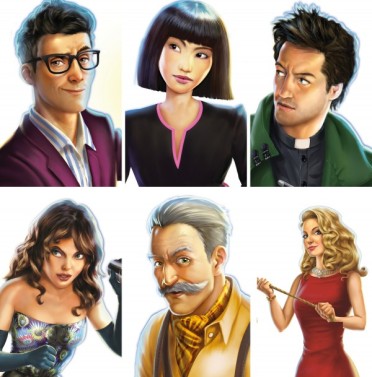 It is a murder mystery board game. Not an Instagram fashion parade. Have the makeovers really made them more relatable? The 2008 version also added new rooms to the game, including a theatre and a spa, as well as new ‘modern’ weapons.

Dr Orchid. In the spa. With a dumbbell. Just doesn’t have the same ring to it.

And then I hear Harry Styles in my head: “Just stop your crying/ It’s a sign of the times.”