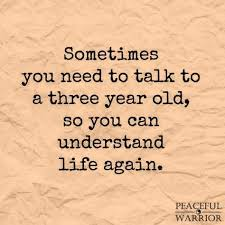 Parenting is about balancing the #winning with the #notwinning. My three year old social butterfly had two birthday parties to attend in one weekend. At the first party, he sat down with his little friends to have a piece of birthday cake and as everyone else tucked in with their fingers, my child asked for a fork, much to the amusement of all the other parents who complimented his lovely table manners. This is a boy who, in his regular habitat, picks his nose, wipes it on your clothes and then calls you a ‘Boogerhead’. More social Ninja Turtle than social butterfly, really.

Whatever pedestal I put him and his cake-eating etiquette on came crashing down however, when at the second birthday party – a beautiful ‘English high tea’ in the park on a glorious Spring day – he asked the birthday boy’s mum (before I could stop him because I saw there weren’t any) for his party bag. You win some, you lose some.

But he is very winsome, and I suppose that helps. Instead of ‘I love you, Mummy’, this boy says ‘I love you ALL THE TIME, Mummy’, perhaps to remind me that his love is unconditional and so should mine be regardless of unfortunate barefoot Lego or Sudocrem-on-sofa incidents.

Lessons from a three-year-old can make you stop in your high-speed tracks quicker than any mindfulness guru ever could. As we walk home from daycare, he asks to have a play date with one of his daycare buds. Before I can answer, he looks at me with an expression much too supportive and considerate for a three year old and says ‘Another time, Mummy?’

Another time. Do I say it so often that he knows and expects the phrase as a given? Requests for play dates, to blow bubbles in the ‘park with the horsies’, to watch Boss Baby (again), to have a lightsaber battle just before bedtime, to have French toast for breakfast on a weekday……are these activities all held by him in the realm of future fun?

I realised that all the rushing from one task to another meant I was forgetting that the time is now. Time to stop and embrace the sweet delight of a child who knows how to live in the moment. Time to say ‘yes’. ‘You mean later, Mummy??’ He is earnest and wide-eyed at the glorious prospect of spontaneity. No, right now. Get your bubble mixture, let’s do it. Those horsies are waiting.